Biblical Truth – The Discipline of Studying the Word of God

The Bible is the story of God’s redeeming work in human history.  The main focus is God’s plan of salvation found in Jesus Christ, designed to redeem us and all of creation.  The Bible is the Word of God which is used by the Holy Spirit to convict us of sin, lead us to salvation, and teach us how to follow Jesus in daily life.

We can explore biblical truth by understanding:

The Word of God is powerful, but our cooperation is essential for this power to be released within us.

Jesus said, “If you hold to my teaching, you are really my disciples” (John 8:31).  In other words, obedience to His teachings will lead Jesus’ disciples to become more like Him.

Obedience opens up our hearts and minds to further truths in the Word of God.  Sin and disobedience prevent us from seeing what is most helpful in our time of need—our eyes and ears can be blocked by unconfessed sin.  Obedience allows the Holy Spirit to accomplish within us the transformation which develops Christ-like character providing a good foundation for life.

When the Berean Jews heard the Word of God from Paul and Silas, they received the message with great eagerness and examined the Scriptures every day to see if what Paul said was true. As a result, many of them believed (Acts 17:11). Hearing the word of God is one thing and studying it for life is another thing. It also requires discipline. The Berean Jews were of more noble character than those in Thessalonica.

We must discipline ourselves to read it daily and study it to internalize it. Then we need to obey and teach others (Deuteronomy 6:4-9).

When we study the Word of God it has the power to stir up our spiritual imagination.  We will begin to have great thoughts inspired by God.  Memorizing the Word of God can help to purify our thoughts and our motives.  Let the Word of God guide you, shape you, and teach you.

Studying the Word of God and internalizing it will allow the Holy Spirit to purify our thoughts.  This will lead to wise, life-giving words and actions.  You will learn to speak the truth in love.   Rather than constantly trying to prevent ourselves from saying the wrong thing, we will be transformed from the inside out and obedience will begin to happen more naturally.  Jesus often spoke of the need to be cleansed within so that our words and our actions would accomplish what is best.  “A good man brings good things out of the good stored up in his heart, and an evil man brings evil things out of the evil stored up in his heart. For the mouth speaks what the heart is full of” (Luke 6:45).

Whether we curse others or speak a blessing, our words have power. They are never “just words.”  Speaking some of our thoughts helps to bring thoughts into reality, both good and bad.  There are many admonitions in the book of Proverbs that tell us to be careful about our speech for the words of our mouths can bring healing or harm to ourselves and to others.  James speaks of the mouth as a fire or like the rudder of a ship—many people can be burned or misguided by what we say (James 3:3-5).

In Ephesians, followers of Jesus are told that “speaking the truth in love, we will grow to become in every respect the mature body of him who is the head, that is, Christ” (Ephesians 4:15).

What prevents you from maintaining the discipline of daily bible study?

Printing Bibles and Making them available to all Nations

Prior to the invention of the printing press, the books of the Bible were copied by hand by scribes who would make sure that each copy was identical to the original.  There are occasional errors in these old manuscripts but they can be easily detected and corrected by looking at one of the many other copies we have available.

An initial translation of the Old Testament called the Septuagint, took place in approximately the second century before the life of Jesus.  This was reportedly done by seventy Jewish scribes who translated the entire Old Testament from Hebrew into Koine Greek, making it available to Jewish communities who were strongly influenced by Rome (especially in Alexandria, Egypt).

The initial New Testament manuscripts were already written in Greek (and some in Aramaic) since this had become the common language throughout the Roman Empire by the time Jesus was born.  The entire Bible was translated into Latin in the third century by St. Jerome.  This became the official translation of the Church which became very resistant to other translation efforts.

With the invention of the printing press, Christians were quick to realize its value in making the Bible more readily available to every person.  This technology was first developed in China in 1048 and was then more fully developed in Germany by Johannes Gutenberg in 1450; it was then used to print the Guttenberg Bible.  As the Bible became more readily available, it had a powerful effect on people and contributed significantly to the protestant reformation.

Along with making many copies of the Bible, Christians began to translate the Bible into many different languages.  Wycliffe, an organization that continues this translation work today, believes in making it possible for every person to read the Word of God in their “own heart language.”  Currently, the Bible has been made available in more than 1,300 languages.

Receiving the Word of God in your own language is a powerful statement that communicates God’s love and acceptance of every race, language, and ethnic group.  It is possible because of the foundational Biblical truth that every person is made in the image of God.  As the Bible is translated into a new language, that act is essentially an incarnational declaration like the one in Philippians chapter two.  This chapter says that the Word of God, Jesus, can enter every cultural context to communicate truth in a redemptive and loving way because every people group was made in the image of God.

In your relationships with one another, have the same mindset as Christ Jesus: Who, being in very nature] God, did not consider equality with God something to be used to his own advantage; rather, he made himself nothing by taking the very nature of a servant, being made in human likeness. And being found in appearance as a man, he humbled himself by becoming obedient to death— even death on a cross! Therefore God exalted him to the highest place and gave him the name that is above every name, that at the name of Jesus every knee should bow, in heaven and on earth and under the earth, and every tongue acknowledge that Jesus Christ is Lord, to the glory of God the Father. – Philippians 2:5-11

Lectio Divina is an ancient pattern of Bible reading which has enriched the lives of many.  It can be used in personal devotions and in community worship.  It is a way of humbly “listening” to the Word of God and allowing the Holy Spirit to accomplish the transformation that is needed in our lives.  This practice includes listening, reflecting, praying, and obeying. This process is outlined as follows:

Lectio—Listen: ask the Lord to speak, and then read the Bible with a listening spirit.  You may want to read a passage several times or have different people read to you using various translations.

Meditatio—Reflect:  spend time reflecting on what you are hearing from the Lord.  This could include discussion or silent meditation which may be shared with others.

Oratio—Pray: speak to the Lord in response to what you have heard.  Pray the thoughts and ideas which come from the passage, expressing them to the Lord.

Contemplio—Obey: let what you have heard penetrate your life and relationships by being obedient to what the Lord has made clear to you through His Word.

Here are some additional suggestions for reading and understanding Scripture: 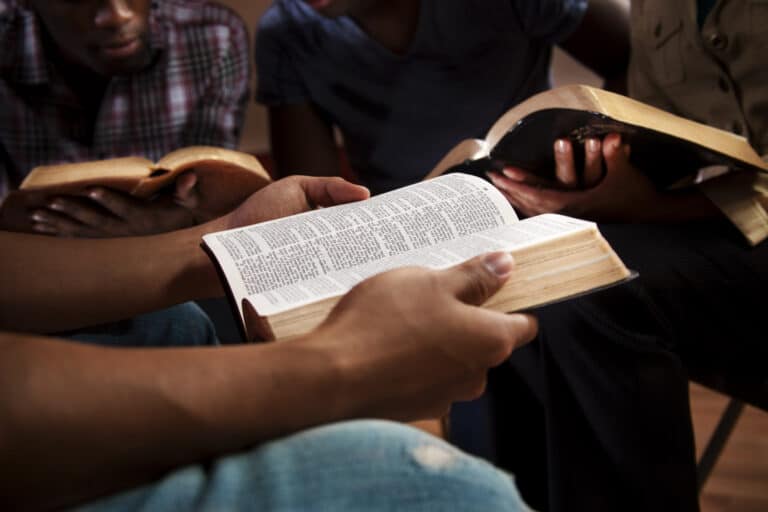 How Do You Encourage and Empower People to Be Disciples of God?

God also calls us to make disciples. How do we encourage others to grow in their faith when we are still learning ourselves?

Dying to Self: Whole Life Stewardship

Everything belongs to God; He made everything for His glory. And God gives it to human beings to steward what He has given us.

8 Characteristics of a Mature Disciple of Jesus

Discipleship is a life-long journey and commitment. These are some of the characteristics that are present in a mature disciple of Jesus.

A Desire for Discipleship

Anugrah was born and raised in North India, in a region with one of the highest concentrations of unreached people groups in the world! And while there is great potential for sharing the Good News of Jesus, there are only a small number of Christians to carry out the mission. Anugrah said, “As a family, we were originally Hindus but the Lord transformed our family and made us into His children.”

2021 was a big year at Global Disciples Canada. Seeing God's work in action has been incredible, all supported by our generous donors.

Our God is a personal God who created us for Himself and is longing for intimate relationship with us.