“Epaphras, who is one of you and a servant of Christ Jesus, sends greetings.  He is always wrestling in prayer for you, that you may stand firm in the will of God, mature and fully assured.  I vouch for him that he is working hard for you and for those in Laodicea and Herapolis.” Colossians 4:12

I grew up wrestling with my dad.  He wrestled in high school and taught us the basic holds and throws on our living room floor.  Eventually, my brother and I were matched up against each other but he was in a different weight and muscle category than me.  He had a lean, six-foot-four-inch frame with 230 lbs of raw, farm-boy power.  I was a wirey, 220 lbs spread over a 6’7”.   There were times when I could hold my own with him as long as the match was controlled.  During these controlled matches, I really didn’t know how much he was holding back until one day when discovered his true strength.

It was an after-school arrival to an empty house and we were both getting on each other’s nerves. Pushing and shoving led to me throwing wild punches.  In the chaos of the moment, one of my flailing fists connected with the back of his head.  In a rage, he grabbed me, and tossed me into the air. I felt my whole body elevate and then take flight toward the kitchen window. Just before my head connected with the glass, I grabbed hold of the kitchen counter and brought myself to a halt.

The brief encounter gave me a new respect for my brother’s strength that I had never fully comprehended until that moment and changed my understanding of our relationship.

In the book in Colossians, the Apostle Paul tells the believers that Epaphras is “always wrestling in prayer for you, that you may stand firm in the will of God.”  The metaphor of wrestling beautifully captures an important aspect of prayer that plays an important part in the discipleship of every believer.

Prayer is a struggle with God on behalf of others and often a struggle with Him about our circumstances that leads to our transformation. The benefit of spiritual wrestling, like my physical wrestling match with my brother, is that we discover God’s power in a deeper way than we ever knew before.  Through the struggle of prayer, information that we have in our heads about God travels down to our hearts and souls.

Jacob’s story in Genesis illustrates what it means to wrestle with God and be transformed by Him.  While Jacob’s wrestle with God is one of the most famous stories in the book of Genesis, it is also one of the most mysterious.  The narrative is set in the midst of a long conflict with his brother Esau.  Jacob has decided to return to his homeland after living with his uncle for many years.  Messengers have just returned to Jacob with a message that his brother Esau is coming toward him with 400 men. Sure that his brother has come to attack him, Jacob fears for the safety of his family.

These emotions are understandable given Jacob’s past life.  Before these twin boys were born, God spoke to their mother, Rebekah and told her that, “Two nations are in your womb…one will be stronger than the other and the older will serve the younger.” Jacob, being the younger twin, who was prophesied to be stronger and rule his brother does not pursue these promises in faith.  Instead, he attempts to ensure they are fulfilled by resorting to manipulation and deception. First, he swindles his brother’s birthright (Genesis 25:27-34) for a meal.  Then he tricks his father into blessing him by dressing up as his brother (Genesis 27).  The effects of this con-artistry are predictable, Esau’s anger boils over and Jacob needs to run for his life to his uncle Laban’s house.

Fear, then, is the natural response to meeting his brother for the first time since stealing his blessing.  Eager to avert the anger of this brother, Jacob devises a plan to appease his brother by sending gifts ahead to him.  However, as he camps that night by Jabbok river, he comes to the realization that no amount of coercion or manipulation will not get him out of this mess. The tension of this moment is perfectly captured by his prayer just before he wrestles with God,  “Save me, I pray, from the hand of my brother Esau, for I am afraid he will come and attack me and also the mothers with their children.  But you have said, ‘I will surely make you prosper and will make your descendants like the sand of the sea, which cannot be counted’” (Genesis 32:11-12).  God’s promise is set in tension to Jacob’s dire circumstances. Jacob puzzles at how God’s promise will be fulfilled in the face of impending doom.

That night as Jacob attempts to sleep, “a man” who is later called “God” (Genesis 32:28) wrestles with him late into the night.  Jacob wrestles so hard that the man cannot seem to overpower him at first.  As they entered the last round of their match, the man suddenly dislocated Jacob’s hip by touching it.  Shocked by this sudden display of power, Jacob hangs on desperately insisting that the Man bless him.  God then gives him a new name, “Israel” meaning “God fights” or “Fights with God” and does bless him. This new name is the marker of a new identity and a transformed life.  From this point forward, Israel walks with a limp.  Rather than relying on his own strength and manipulation skills, Jacob must now rely on God’s power to fulfill His purpose.

What God did for Jacob he wants to do for us today.  He wants to transform us into his likeness. In order for us to follow Him, we need to give up control of our lives. We need to deeply believe that it is the cross of Christ that has purchased a blessing for us and not our own work. God’s wrath has been turned away by His mercy and He has promised to bless us eternally in Christ.  This surrender is not an easy one and it may require several rounds with the Almighty in order to fully submit to His purposes but as we learn to trust and follow Jesus we will experience his blessing on our lives and the lives of others.

Finally, wrestling is not only about personal transformation, it is about seeing others fully transformed into devoted followers of Jesus. Ephaphas wrestles on behalf of the Colossians so that they stand firm in the will of God and become mature and fully assured.

Is there a person in your life today that you need to wrestle with God for?

So often when we think of discipleship, we think of teaching or doing something to help others.  However, we see in this passage that discipling others also involves working for them in the unseen realm. As we do the work of wrestling in prayer, God waits to bless us and those in our community. 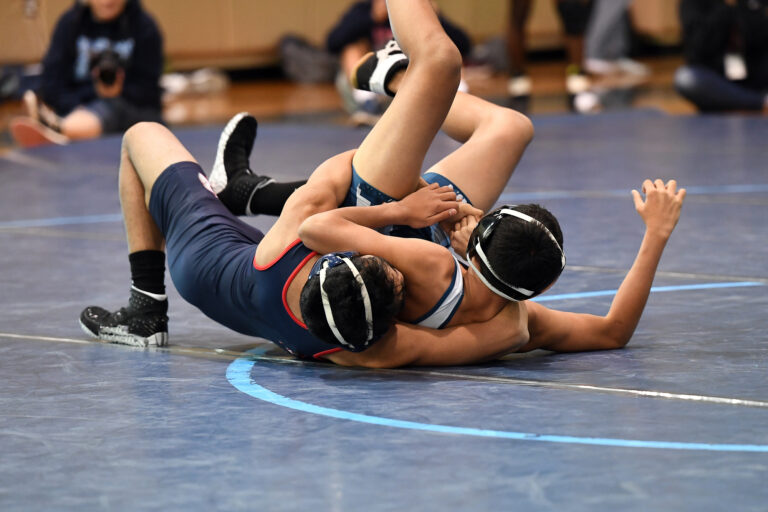 The Power of Prayer

Prayer and spirituality can act as a buffer against difficult life circumstances. Learn the benefits of prayer and how it strengthens your emotional health.

When we don’t forgive others or ask forgiveness for our own wrongdoing, it hinders our intimacy with God. He has forgiven us for everything.

For Kam and for a group of disciple-makers in Myanmar, following God's lead has led to open doors, new churches, and transformed lives.