Least-reached but Not Forgotten

In northern Tanzania’s remote bush, the Hadzabi people hold to their traditional ways as hunters and gatherers.

They live in movable camps, seeking water and food from game or other natural sources. They consider the food of the land as God’s gift to them. While they are one of Tanzania’s least-reached people groups, their traditional beliefs include a Creator God, one they know by name. They also know he has a son.

Now, for the first time, the Hadzabi are hearing that Jesus is the name of the Son.

Pastor Leo, a local church planter, is reaching out to the Hadzabi in the name of Jesus. He’s introducing them to the Son of the Creator God and sharing the Good News.

Leo was trained through a Global Disciples partner program whose goal is to reach several least-reached people groups in their region. He is among the first to complete the training and he’s already deep into the ministry he prepared for.

In just a few months, his small church has added two Hadzabi believers, and a family from another unreached people group in the region.

These Hadzabi believers are introducing him to the rest of their small community, building relationships, and sharing the Gospel.

Further west, another training program affiliated with Global Disciples also completed its first training. The program director, Pastor Umbu, believes that to reach the least- reached, he needs to be where they are! So, he strategically set up the training close to a people group considered least-reached.

The first fifteen church planters he trained are focused on sharing the Gospel with these mountain people that has a minimal Christian presence.

When one of our Global staff visited these leaders in their training and met the new Hadzabi believers in their camp, she said, “It was so meaningful because I saw our mission to the least- reached is being fulfilled!”

And it is. People like Pastor Leo and Pastor Umbu have embraced the vision to see every person have an opportunity to choose and follow Jesus. They know that includes the Hadzabi and other groups in their region, and they’re doing all they can to equip believers and fulfill the assignment to reach the least-reached.

As Global Disciples, we share their joy to see the Hadzabi and other unreached people groups in northern Tanzania come to know God’s Son Jesus as their Savior. 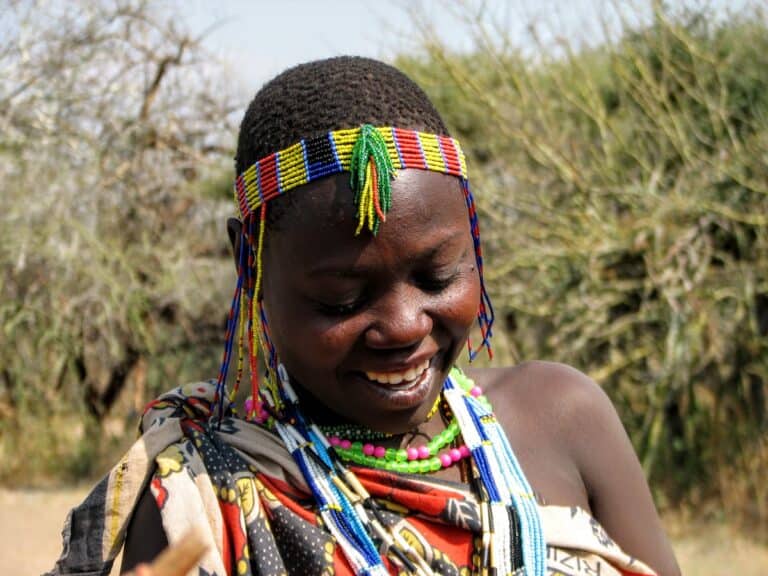 While others may judge or marginalize a people group, God sees and values them as made in His image. There are no second class citizens in the Kingdom of God.

Biblical Truth – The Discipline of Studying the Word of God

Jesus said, If you hold to my teaching, you are really my disciples (John 8:31).  At the center of Discipleship is obedience to His teachings.