God led him and a small team of disciple-makers to a people and community that was fairly hostile to the Gospel.

Despite this hostility, a number of young people—mostly teenagers—heard the message of Jesus, repented of their sin, and accepted Christ as their Savior and Lord!

Mando was excited to see this tiny church begin, but then some personal matters came up that called him away for a time. And he promised to return.

What Mando didn’t count on was the parents of the young people.

Like any good parent, these fathers and mothers were concerned about what influenced their children. They didn’t want their kids to leave their own religious traditions to follow Jesus.

So, they decided to attack Mando on his return, to whip him, beat him, and run him out of town!

Several village elders heard about these plans and they sent Mando a warning. He decided to spend time in prayer, seeking God’s wisdom and direction on how to proceed. And the Lord made it clear that he was to return and carry on with his outreach.

As Mando walked back into the community, expecting the full attack of angry parents, he found instead a surprisingly warm welcome.

The parents who’d planned to whip him, now volunteered to set up a tent where the new church could meet!

What changed their minds? Well, they saw what Jesus had done in their lives of their children.

The spiritual transformation was so evident in each teenager that their parents knew this was from God. Here was an influence to be embraced, not rejected! They were now open to Mando, wanting to hear the Gospel message too. Now the new church is growing beyond the core group of teenage believers.

A life transformed is a powerful witness to the new life Jesus offers.

And God is doing His transforming work all over the world, as people like Mando share the Good News of Jesus with the least-reached. 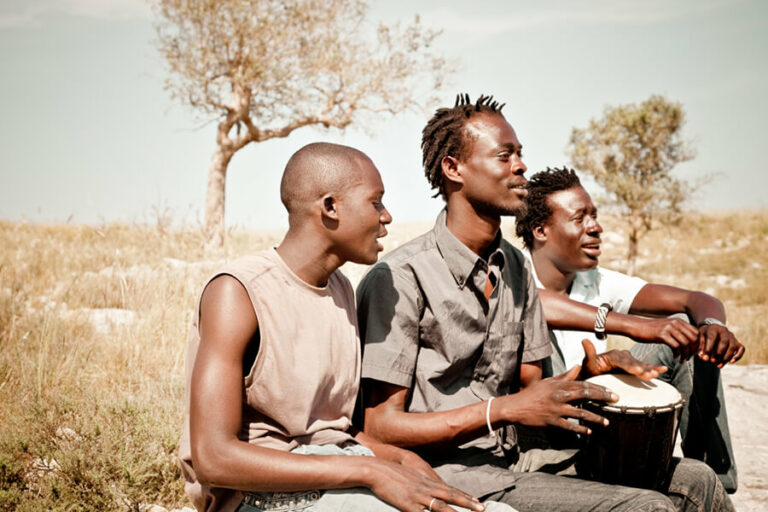 To Serve the Living God

When you understand the Gospel, that Jesus Christ loved you enough to die for your sins, it's worth every effort to serve the living God.

Out of the Darkness

Can the Gospel of Jesus Christ reduce the murder and crime rate in an area? Hawi knows firsthand what’s possible with God.

Timely provision exercises faith, and expands the Kingdom of God. The Lord invites us, as His obedient disciples to take part in providing for others.

Serving the Body of Christ around the world is a real privilege for Global Disciples as we provide training that helps local churches fulfill the Great Commission of Jesus Christ—to go make disciples. In some places, partnerships are just beginning—as we see in a region of East Asia.

As we hear the Good News stories about how God is at work, we're reminded over and over again that we can never underestimate who or what He may use to accomplish His mission.