Sent to the Right Place

“God sent us to the right place, where there is no Gospel of Christ,” Sanda reported from Myanmar. He serves as training director for a cluster of churches, equipping new disciple-makers to go and share the Gospel with the millions of least-reached people in their country.

In his training report, Sanda talked about the impact of those he trained. “They were so excited to receive the teaching on discipleship, and they learned a lot that will help them live as disciples of Jesus. Several said they thought being a Christian was quite enough—until they saw they could do God’s assignment to make disciples.”

The new disciple-makers were up to the task. So Sanda took them for outreach, and they went to a remote village in their province.

As he said, this region had never heard the Good News of Jesus, and the people were strong Buddhists. Sanda wrote, “They only knew and practiced the beliefs of Buddhism as instructed by the monks, without any assurance of eternal life. We bore a burden for their souls, and we were aware of their needs.”

Sanda and his team spent time talking with families, and individuals, and finding ways to serve and help them. All the while they were taking every opportunity to talk about Jesus and the eternal life He offers. Sanda said, “It was strange for them to receive us but with the help of the Holy Spirit, we could share the Gospel. And the people were touched by the Word of God.”

As a result, about seven people came to faith in Christ, and they established a home fellowship. While the numbers are few, it represents a huge breakthrough. The light of Jesus Christ is now shining in this remote region of Myanmar.

Without their witness and faithfulness as disciples who make disciples, this community would have been left in spiritual darkness. Praise God for the way He equips, and mobilizes, and sends out people like Sanda and those he’s training to share the Good News of Jesus around the world. 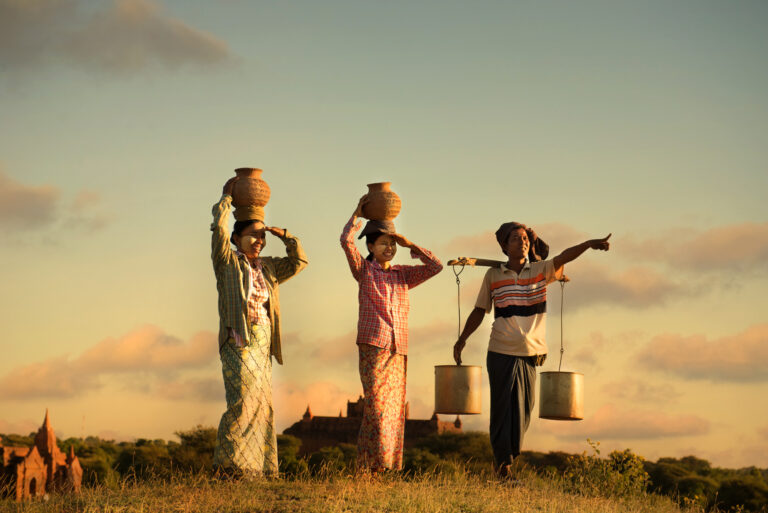 As we hear the Good News stories about how God is at work, we're reminded over and over again that we can never underestimate who or what He may use to accomplish His mission.

The Lord is There

One small boy's discovery of the omnipresent God through his personal healing. Jehovah Shammah - the Lord is there.

We are created for a relationship with Christ by the Holy Spirit, to bring glory to God through worship, prayer, obedience and service.