And when you stand praying, if you hold anything against anyone, forgive him, so that your Father in heaven may forgive you your sins, Mark 11:25.

The Lord reminds us numerous times in the Bible that we are to forgive others, as He has forgiven us. However, in a world plagued by sin, it can be difficult to master the art of forgiveness when there’s so much evil and wrongdoing going on around us. Even still, we are called to forgive. Here are some stories of disciple-makers around the world experiencing the power of forgiveness:

Makena attended a Global Disciples leadership training to develop her skills as a servant leader, and grow her ministry. The Lord spoke to her during a lesson on forgiveness, and she was convicted to swallow the pride she’d held on to for years and forgive an enemy. She says, “I received an amazing healing from within. A heavy burden freed from certain bondage. The wound that was in my heart healed, and I felt great joy and peace. God restored me.” She now uses her ministry to reach others who are bound by an unforgiving spirit, by teaching them the same lesson she learned during her training.

During discipleship training, Mikyle encountered an unreached people group that had experienced severe persecution from an opposing religious faction. The Holy Spirit led him to focus on the concept of forgiveness, since many of these men were consumed with resentment and anger. They had been forced to consume human waste, and their women had been raped repeatedly. Still, Mikyle preached forgiveness. He shared the testimony of a woman who had been physically healed, and explained that internal healing, as a result of forgiveness, is just as necessary for spiritual liberation.

Gahiji’s parents and siblings were all murdered during the Rwandan genocide. While ministering in his local prison, Gahiji came face-to-face with the men who killed his family. According to Rwandan law, if the surviving victims of a family appeal the sentence of those who killed their relatives, the murderers will be released. The Lord convicted Gahiji to forgive these men, and liberate them from incarceration. As an obedient servant to the Lord, Gahiji not only forgave these men for their heinous crimes, but appealed to the government for their release. He even threw a party to celebrate their freedom, and invited the families of the murderers, as well as his own wife and children. At the party, he personally forgave each and every man, with tears streaming down their faces. After sharing this testimony of forgiveness, numerous guests gave their lives to Christ.

The Lord says, “if you hold anything against anyone, forgive him.” Ask the Lord who He is calling you to forgive today, and allow yourself to experience the same freedom from bondage as the obedient servants above. 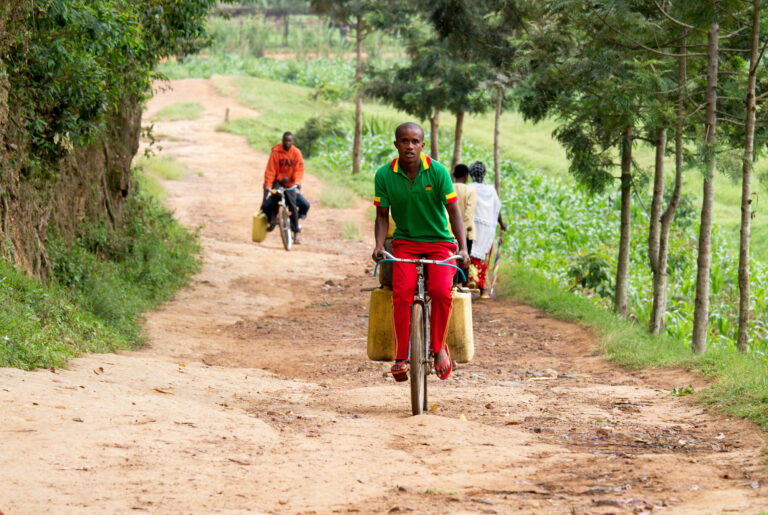 A tea garden is a fantastic place for discipleship. Tati returns to the tea gardens he grew up working to share the Gospel with others.

We are created for a relationship with Christ by the Holy Spirit, to bring glory to God through worship, prayer, obedience and service.

Dying to Self: Surrendering All and Receiving Abundant Life

Dying to self and living under the Lordship of Christ is foundational for Christian living. Discipleship is a daily call to die to self.

Tags: Disciplemakers Discipleship Dying to Self Lordship of Christ