Can’t Keep it to Yourself

When you know what Jesus has done for you, you can’t keep it to yourself! You want others to experience His transforming work too!

Just ask Eli—a young, dedicated follower of Jesus, sharing the Gospel with his people in Myanmar.

But he wasn’t always like this. Eli grew up with Christian parents but got into trouble as a kid, becoming addicted to drugs and living a life that did not honor God.

Gradually, his life began to turn around, and he decided to go to seminary. But drugs still had a grip on him, and when the seminary found out, Eli was asked to leave.

When Eli finally repented, he was filled with the love of Jesus, and the power of the Holy Spirit. His drug use stopped, and he became a passionate evangelist, going from village to village, sharing the Gospel and discipling new believers.

He took our Global Disciples training and now he directs a discipleship-mission training program to equip disciples to reach the many unreached people in Myanmar.

But Eli doesn’t leave the mission to others. He moves into a village for a time and shares the Gospel, especially with the predominantly Buddhist communities in Myanmar.

God has used him greatly. In several cases, almost the whole village came to know Jesus.

He’s often faced opposition. In one village, when four families gave their lives to follow Jesus, the village elders felt that their Buddhist way of life was being threatened. So, they called Eli to a meeting—and included two local monks, who questioned his influence in their village. The monks and elders decided Eli was no longer welcome and he could expect severe punishment if he ever came back.

Undeterred, Eli moved on to the next village…and the four believing families now go there to be discipled!

Eli has experienced the transforming work of Christ—and he can’t keep it to himself. He’s working faithfully to see as many people as possible have the opportunity to choose and follow Jesus.

Praise God for changing lives and empowering His people for the mission! To learn more about stories of changed lives click HERE. 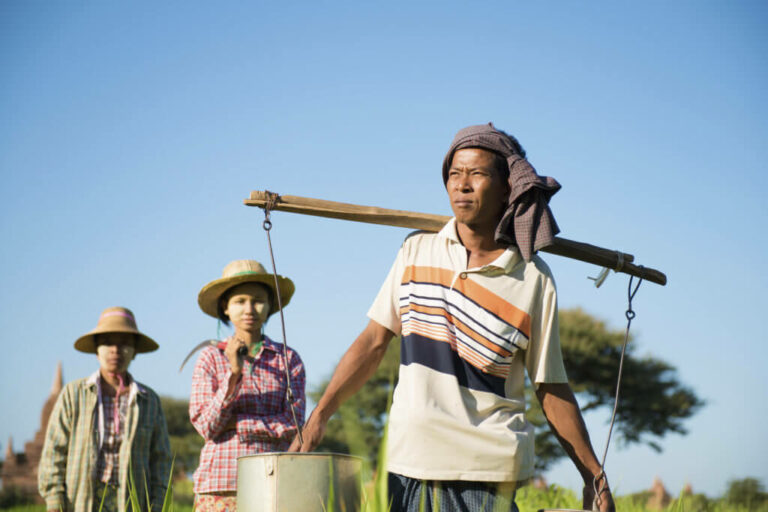 A Heart for Least-reached People

Cho is a church leader in Myanmar who is focused on reaching the Buddhist population with the Good News of the Gospel.

The powerful model of using business to support ministry and give people access to the Gospel is one that Global Disciples Canada uses.

One of the most solemn prayers of triumph is made by Habakkuk when he complains about the injustices in society.