Life was good for Lucas. A young pastor in Sao Paolo, Brazil, he was gaining influence among the leadership of his church cluster in Brazil. His business as a barber was flourishing, and so was his family. Blessed with a wife and two young children, he seemed to have it all.

Then God broke his heart for an isolated people group living in poverty in a remote region far from schools or healthcare. Even running water is not part of their lives. As Lucas listened to the Lord and absorbed His compassion for these people, he knew a change was in order.

“God was calling me to go and be a church planter among them,” he said.

The leaders of his church thought Lucas was crazy. Why would he give up his business, turn his back on the security and success of his position, and move his family to a place where life would be harder than what they knew? Lucas faced a wave of criticism for his plans. But he wanted to follow God with his whole heart. He knew this was what God was asking of him.

Lucas moved his family to the nearest community with a school for his children—but it was still 170 miles from the people he wanted to reach! So, each week he makes the long trip on rough back roads, stays for several days, and shares the Gospel. He uses his barbering skills to offer inexpensive haircuts and open conversations. He takes along fruit, vegetables and used clothing—things not easily available to this people group—and sells them for a minimal price. This helps to support his efforts and again, gives him an opportunity to talk about Jesus.

It’s hard. He’s away from his family for days at a time and the long journeys add up. Stepping into the isolation and poverty of those he seeks to reach with the Gospel takes its toll.

But Lucas doesn’t see this life as a burden. “I have such joy,” he said. “Making the choice to leave everything of significance is not difficult because of the joy of sharing the Good News with these people.”

About three years ago, Lucas began equipping disciple-makers using the Global Disciples model. So far, 36 have been trained and joined in the outreach, planting 5 new churches, and leading about 75 people to faith in Jesus Christ.

Lucas has dreams for the future; he wants to build a cistern to provide water for the community. And he plans to build a base to continue training the new believers as disciple-makers who can multiply and plant churches throughout the region.

God also opened the heart of Lucas’ home church to catch his vision for reaching those without the Good News. They’re now asking him to help them train more whole-hearted disciples, ready and equipped to follow Jesus, just as Lucas does. 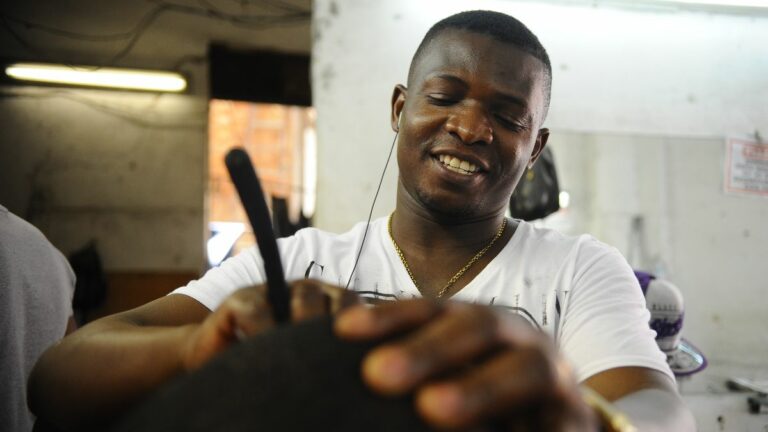 Want to Build Your Own Church Community? Follow These 3 Tips

Welcoming everyone to the church should be accompanied with a talent for genuine hospitality, care and authenticity and best representing the heart of the God we believe in.

Biblical Truth – Allowing the Word of God to Speak to Us

The Word of God is used by the Holy Spirit to convict us of sin, lead us to salvation, and teach us how to follow Jesus in daily life.