A Search for Peace

“I was searching for peace,” Indra said, “but I was looking for it in things that could not provide true peace.”

Indra belongs to a predominantly Hindu people group in North India. His family was devoted to many gods and goddesses. His mother, sisters and others in his family were often visited or influenced by the spirits. And as he said, there was no peace.

“I thought that if I earned money and became rich, I would have peace,” he said. He heard about a man who made a huge sum as a legal advocate, so Indra decided that was the job for him. He did the training, got his license, and went to work. “Even though I was earning a lot of money,” Indra shared, “I felt guilty, like a criminal. I began to drink, and I abused my wife and children and others around me.”

One day, Indra saw a man talking about Jesus Christ. He stopped to listen closely and heard the story of Zacchaeus—a man who needed peace just as Indra did. As he learned that Jesus brought peace to Zacchaeus and not the money, Indra wanted to know more. He started a conversation with the man, Naveen, who was a church planter doing outreach through his Global Disciples partner program.

Naveen gave Indra some literature; Indra read it all and wanted to know more. Naveen gave him a New Testament. Indra began to read and when he got to Matthew 11:28, he found what he was looking for: “Come to me, all you who are weary and burdened, and I will give you rest.” Indra said, “That one verse led me to dedicate my life to Jesus and accept Him as my Lord and Saviour. I repented from my sins; I cast all my sins and my worried life onto Jesus Christ as my Saviour.”

Indra’s life began to change; he left his quarrels and abusive language behind. He made peace with his family. His love for Jesus overflowed in his life, and he invited Naveen to share the Gospel with his large, extended family. “My family accepted Jesus as Lord and Saviour, too,” he rejoiced.

While he’s only one person, Indra believes that with God, one is a big number. His desire now is to serve others. He shares the Gospel through his personal testimony and the Word of God with his community, and he has opened his home for a new church fellowship. Already, the one is multiplying. “We meet every Sunday evening with about 20 people eager to know more about the Bible,” Indra said.

The man who searched for peace has found it—along with joy, and a mission in life. Indra said, “My desire is that people would know the truth and get salvation through Jesus. I want to win souls in my area and community for Jesus!” 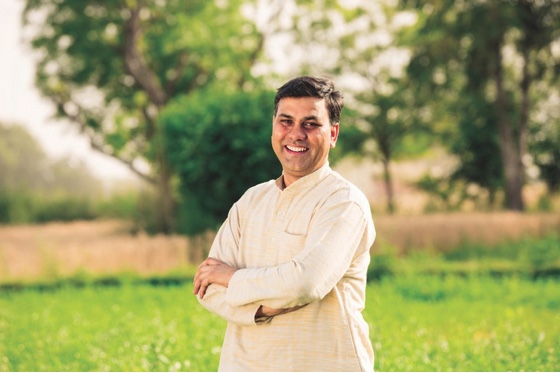 To Serve the Living God

When you understand the Gospel, that Jesus Christ loved you enough to die for your sins, it's worth every effort to serve the living God.

Out of the Darkness

Can the Gospel of Jesus Christ reduce the murder and crime rate in an area? Hawi knows firsthand what’s possible with God.

Intimacy with God requires time alone with God. We will never achieve closeness with the Lord unless we invest time alone to get to know him.

A Vision for Nepal

Chetan directs leadership training and discipleship-mission training near his home in Nepal. He’s seen tremendous growth as they reach out and share the Good News of Jesus.